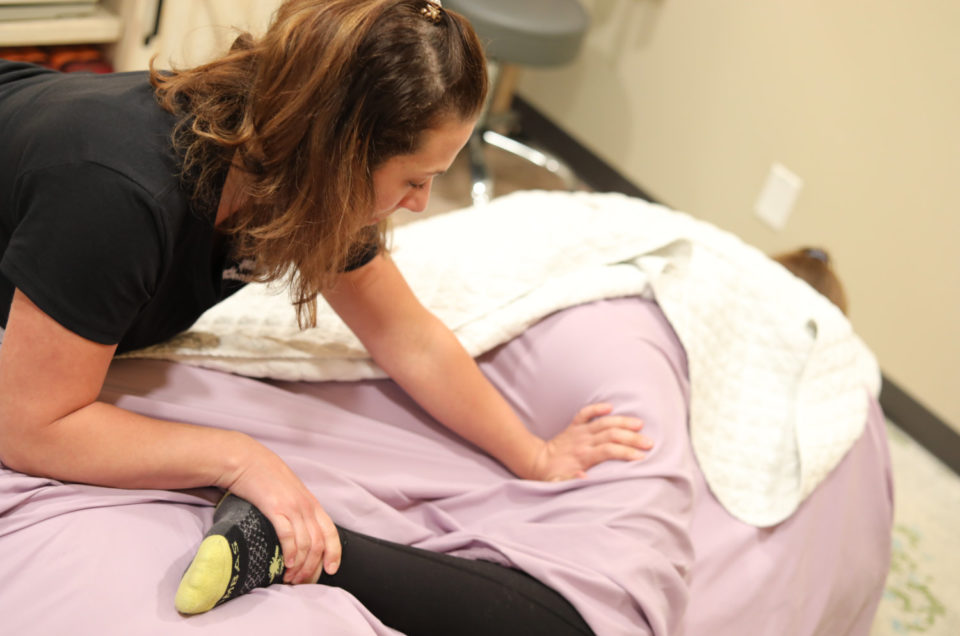 My (Christa’s) son was born by emergency C-section as a full-term baby. Toward the end of my pregnancy, I noticed he wasn’t as active, so I went in for a check-up. Vincent was born and had to be resuscitated and immediately put on a ventilator. He was then transferred to a more advanced NICU, placed on a cooling blanket for 72 hours, and hooked up to an EEG to monitor his brain activity. We were only allowed to minimally touch him, and I wasn’t able to hold him until he was almost four days old. He is strong though, and he got better and better every day.

A few days before he was discharged, Vincent had an MRI, where they found brain damage on the left side of his brain, close to the motor area. This meant his movements would most likely be affected. Our doctor theorized that since he grew so quickly toward the end, it put a lot of strain on the placenta, and it was beginning to shut down, so he was being deprived of oxygen.

As Vincent grew, I noticed that he didn’t seem to kick his right foot or use his right hand or arm as much as the other side. I mentioned this to his pediatrician and orthopedist, and all we could do was keep an eye on him because he was still so young. The day came where his specialist gave him the diagnosis for mild cerebral palsy. Honestly, I wasn’t shocked. I knew it was coming and had already done a lot of research. I wasn’t sad because my son has proven people wrong since he was born. My son may not do things like other children, he may walk a little differently, but he doesn’t let it hold him back. He’s been breaking down barriers since day one, and I’ll continue to encourage him to do so.
This is why cerebral palsy is so important to me; there is so much that people don’t understand about kids with cerebral palsy and what massage can do to help. I gave Vincent massage until he was about two and a half years old, now I’m lucky if I can get him to sit still long enough to eat his food. We do focus on massaging his calf, Achilles, hamstring, and foot on his right side since that is the most affected area, and we stretch daily and make it fun for him. Massage is an incredibly powerful tool that can help those who have cerebral palsy be more mobile and functional.

What is Cerebral Palsy?

Cerebral palsy is a neurological condition caused by brain damage that occurs in a range of symptoms. These symptoms are different for everyone, but some of the most common are epilepsy, joint problems, spinal deformities, movement/walking disabilities, speech/learning difficulties, and emotional/behavioral challenges. While there is no cure for cerebral palsy, treatments and therapies are known to help make a difference for people who suffer from these symptoms.

How Can Massage Therapy Help People with Cerebral Palsy?

Though there are many benefits in general, massage therapy can specifically help people who suffer from cerebral palsy. Massage therapy increases blood flow and stimulates the muscles and connective tissues, which helps to alleviate the physical symptoms that cerebral palsy causes. This also helps improve concentration and focus, motor functioning, and sleep.

Where Do I Book My Massage?

At Functional Bodywork Therapy, the many techniques we use during our Therapeutic Integration sessions provide relief for our clients, especially those with cerebral palsy. If you’ve never received a massage from us before, we invite you to check out our What To Expect For Your First Massage blog post. If you’re a returning client, you can schedule your session here!